The Sarl ROSEBUDS company was created in 2002 by Julian Snelling, innovative creator of this extraordinary jewel.

The master has departed this life and vultures without imagination lost no time in seizing his works. But, as always, copies are only pale look alike imitations... Why not choose creation rather than mediocrity...
Taken over in September 2009 by Pierre-Yannick Noël, innovative designer, very eager to sublimate incessantly your sensations, the ROSEBUDS company puts its talent more than ever at your service for your most intimate pleasures. 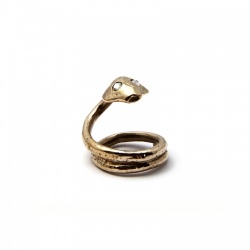 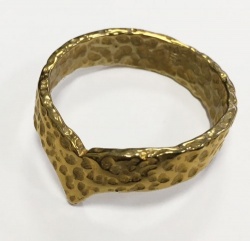 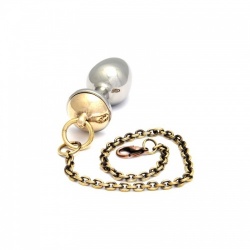 js-tmbp
Rosebuds Tetine Medium Butt Plug js-tmbp A jewel for breast lovers. Let your imagination run wild with the chain pierced through the nipple. Can be tied to clothes, to another intimate jewel or, for a man, to clasp the bursae or the penis. (Chain: 30mm/11.81 inch)NOTE: Instead of the gold coloured chain on the picture, this specific item is supplied with a dark metal finish chain instead.     Stainless steel, Skated Bronze BR10   Total dimensions 84mm - ø30mm/ 3,31inch - ø1,18inchPlug dimensions 61mm - ø30mm/ 2,40inch- ø1,18inch LAST PIECES IN STOCK!
€ 159,95

Also visit our other websites:
bdsm-vrienden.nl